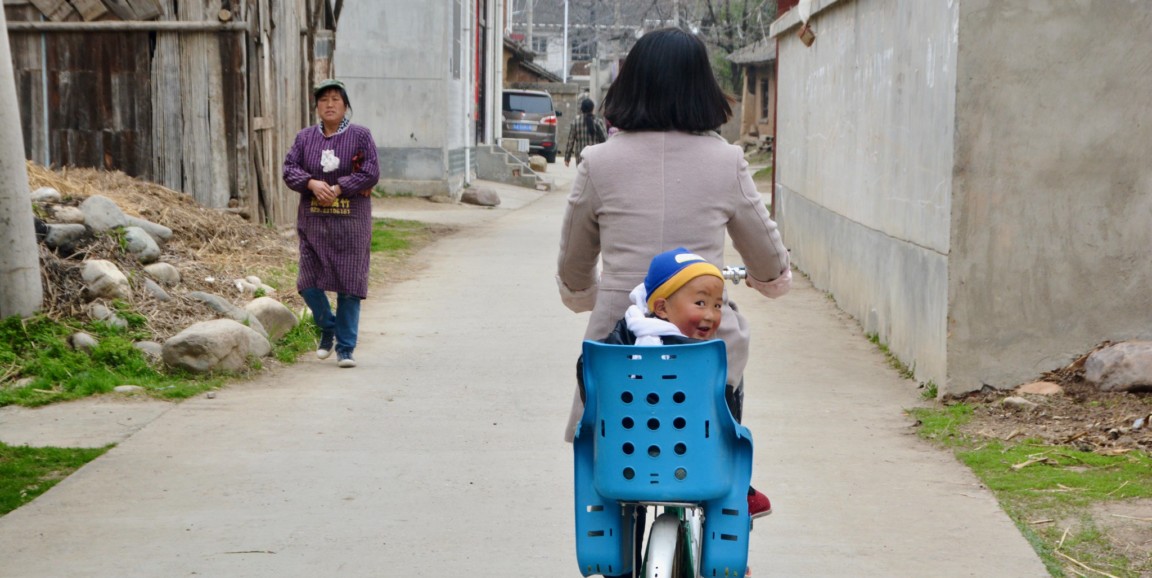 After studying early childhood development in China for several years, Alexis Medina, assistant director of Stanford’s Rural Education Action Program (REAP), and her colleagues got a question from a colleague that opened up a whole new line of inquiry. I spoke with Medina recently to learn more:

How did your project on caregiver depression get started?

We have been studying early childhood development in rural China since 2012. We’ve learned that rural babies and toddlers in China lag behind global averages on a number of outcomes, including nutrition, cognition and both language and social-emotional development. Parenting behaviors are also lacking — less than half of rural parents read to, play with or tell stories to their young children. And fewer than 10% of families engage in all three behaviors.

During a seminar in London, an Oxford psychology professor asked us if part of the reason for these low cognition levels and low rates of engagement might be maternal or grandmother depression. We hadn’t considered this before, and felt it was worthy of deeper study.

What did your study find?

We added in a measure of adult depression to our survey forms, and then conducted a large-scale survey of 1,787 caregivers across 118 villages in one northwestern province. When the results (which appear in Frontiers in Psychology) came back, we were shocked. Nearly one-quarter of women caregivers showed signs of depression. As our Oxford friend predicted, depressed caregivers were also significantly more likely to have children with social-emotional delays.

We also found a large generational disparity: under 20% of mothers showed signs of depression, compared with 35% of grandmothers. This was actually the opposite of what we expected going into the study.

In our study, we also conducted a series of in-depth household interviews with 55 of the caregivers to delve deeper into the potential contributing factors associated with depression. We uncovered some interesting trends that we think of as side effects of a rapidly changing society.

For example, we found that depressed grandmothers consistently felt out of place both within their own household and in society at large. These women were brought up in a struggling rural economy to be farmers and farmers’ wives. Many cannot read. They feel like they’re unemployable in the modern economy, and therefore unable to meaningfully contribute to their family. Meanwhile, they’re often saddled with full-time childcare for energetic toddlers whose parents are off in the big cities working skilled jobs. They are tired, they are lonely and they repeatedly told us that they feel ‘worthless.’

How does mental health differ in China?

We know from our research that there is little understanding of mental health among rural families. We found indications of depression among many rural women caring for toddlers, yet less than half of these had even heard of depression. Mental health is highly stigmatized. And there are a lot of misconceptions, such as assuming everyone with a mental health issue will behave in extreme ways: ‘standing naked in freezing water,’ ‘doing stupid things’ or engaging in violence. And treatment is nearly non-existent.

There is relatively more research done on mental health in urban areas of China. This research shows that levels of stress, anxiety and depression are also quite high. Although there are still large misperceptions about the sources of mental health problems and ways of treating these conditions among urban Chinese, their understanding is much better than that of rural Chinese residents.

What are the next steps?

Our next steps will be to explore ways of addressing these high rates of caregiver depression. We’ve built over 100 village-based parenting centers, where caregivers and their children can visit and play together six days a week. By building a sense of community and empowering caregivers, we hope to help alleviate some of the depressive symptoms we’ve observed. One of our graduate students is currently measuring the impact of these centers on caregiver depression.

We’re also working on an intervention that will provide caregivers with monthly, in-home mental health support. We would like to also learn more about any existing resources offered through rural health centers, and see if we can work with local governments to build on existing programs.

On the most fundamental level, there needs to be more awareness of the issues — from both families and health care workers — so that talking about mental health can become less stigmatized.