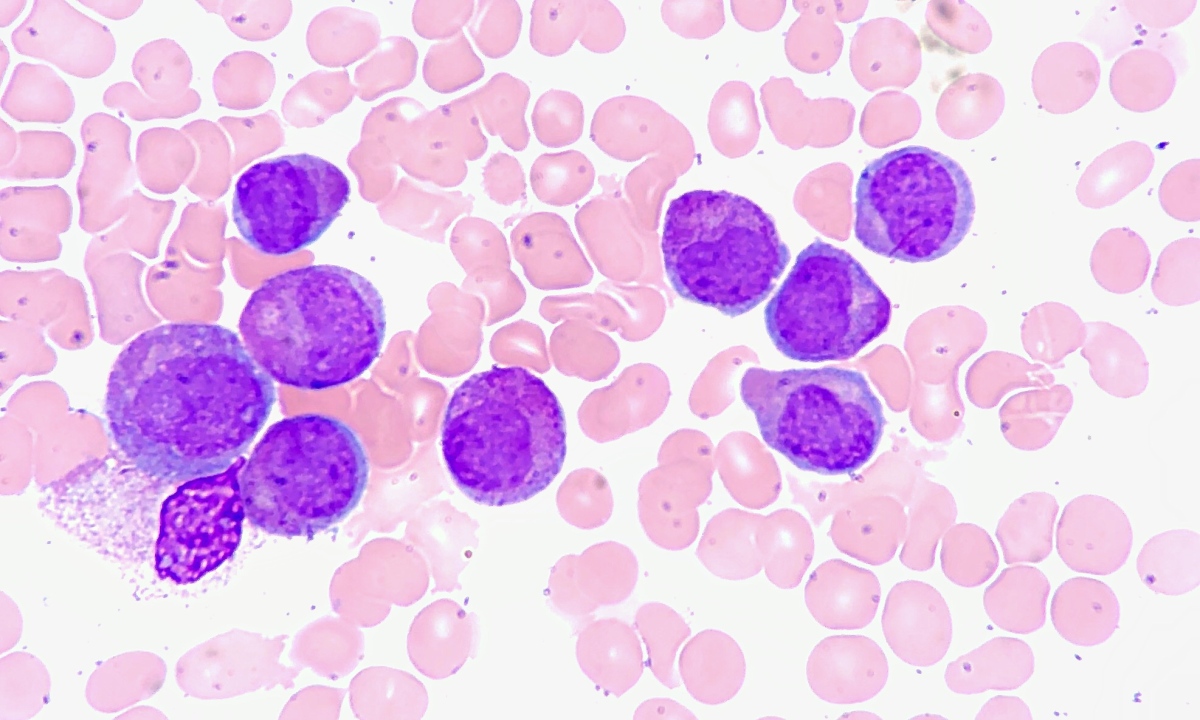 Computers have revolutionized many fields, so it isn’t surprising that they may be transforming cancer research. Computers are now being used to model the molecular and cellular changes associated with individual tumors, allowing scientists to simulate the tumor’s response to different combinations of chemotherapy drugs.

Modeling big data to improve personalized cancer treatment was the focus of a recent episode of the Sirius radio show “The Future of Everything.” On hand was Sylvia Plevritis, PhD, a professor of biomedical data science and of radiology at Stanford, who discussed her work with Stanford professor and radio show host Russ Altman, MD, PhD.

They are analyzing this data to better understand how tumors become drug-resistant. She explained in the podcast that tumors are often heterogeneous — not every cell has the same gene mutations — but chemotherapy drugs typically target specific genetic mutations. Tumors are also driven by complex mechanisms beyond genetic mutations. So her lab is comprehensively characterizing the different cell types in a tumor and how these different cell types respond to individual drugs. By better understanding the complexity of what drives the tumor’s response, they hope to identify the underlying mechanisms of drug resistance.

The research team tested their computational model by measuring the multi-omics profile of human cancer cells in a dish, before and after exposing the cells to specific drugs. Their model then identified the minimum combination of drugs with the maximum effect. This work used archived cell samples, so their modeling results didn’t impact the patients’ treatment. But they compared their model’s prediction to what drugs the patients actually received.

Thus, their computational model may be able to divide patients into different groups, based on tumor characteristics, and match those groups with specific chemotherapy cocktails that would be most effective for them. Plevaritis’ team is currently setting up a study to validate their computational predictions for a group of patients with acute myeloid leukemia, in parallel with a combination drug therapy trial, she said.

As a member of the Cancer Intervention Surveillance Network Modeling consortium, Plevritis is also using computational models to evaluate the impact of cancer screening guidelines — such as the recommended frequency of mammograms for general breast cancer screening — on mortality rates. For example, policy organizations like the U.S. Preventive Service Task Force often ask the consortium to simulate thousands of different screening policies — and rank their potential impact — to use as part of their selection criteria, she said.

One outcome of this work is an online decision tool for women who are at high risk for developing breast cancer because they carry a mutation in the BRCA1 or BRCA2 gene. Plevritis said about 45,000 people worldwide have used the tool, and her team has received a lot of positive feedback.

“It’s been very satisfying to get these emails and this feedback from individuals who feel that this complex information was distilled in a way that they can make sense of it,” Plevritis said.

Everyone’s body is a little bit different. So it is important to understand our personal biological makeup while we are still healthy, so deviations from these healthy baselines can be used to detect early signs of disease. That’s key to precision health.

“We generally study people when they’re sick, rarely when they’re healthy, and it means we don’t really know what ‘healthy’ looks like at an individual biochemical level,” said Stanford geneticist Michael Snyder, PhD, in a recent Stanford news release.

As part of an international collaboration, Snyder used big data approaches to profile and track the health of more than 100 people at risk for diabetes for up to eight years. Participants underwent extensive testing each quarter, including clinical laboratory testing, exercise and physiological testing, microbial and molecular assessments, genetic sequencing, cardiovascular imaging and wearable sensor monitoring using smart watches or glucose monitors.

The goal of the study was to evaluate whether the emerging technologies could detect diseases early. During the study, the researchers discovered over 67 major clinically-actionable health issues — spanning across metabolism disorders, cardiovascular disease, cancer, blood disorders and infectious diseases. Namely, most of the participants had an unknown potential health problem flagged by the study, as reported in a paper recently published in Nature Medicine.

“We caught a lot of health issues because we noticed their delta, or their change from baseline. For instance, we caught nine people with diabetes as it was developing by continuously monitoring their glucose and insulin levels,” Snyder explained in the release. He added, “We were able to catch a lot of things before they were even symptomatic. And in most cases, it either led to folks being followed more carefully or to a medical intervention.”

The research team also used the big datasets to discover new biomarkers that may be able to predict the risk of cardiovascular and certain other diseases. Although preliminary, these results have inspired them to conduct larger follow-up studies.

This approach of extensively tracking personal health is currently too expensive to implement into standard health care on a broad scale, according to Snyder. But he hopes the prices will drop as more researchers and physicians innovate in the space.

“Ultimately, we want to shift the practice of medicine from treating people when they are ill to a focus on keeping them healthy by predicting disease risk and catching disease before it is symptomatic,” Snyder said.

The growth of a particular tumor depends on multiple genetic factors, so it is difficult for cancer researchers to recreate and study this genetic diversity in the lab.

“Human cancers don’t have only one tumor-suppression mutation [which fuels tumor growth] — they have combinations. The question is, how do different mutated genes cooperate or not cooperate with one another?” said Monte Winslow, PhD, a Stanford assistant professor of genetics and of pathology, in a recent Stanford news release.

Now, Winslow and his colleagues have discovered a way to modify cancer-related gene and then track how these combinations of mutations impact tumor growth, as recently reported in Nature Genetics.

The researchers used a powerful gene-editing tool, called CRISPR-Cas9, to introduce multiple, genetically distinct tumors in the lungs of mice. They also attached short, unique DNA sequences to individual tumor cells — which acted as genetic barcodes and multiplied in number as the tumors grew. By counting the different barcodes, they were able to accurately and simultaneously track tumor growth.

“We can now generate a very large number of tumors with specific genetic signatures in the same mouse and follow their growth individually at scale and with high precision. The previous methods were both orders of magnitude slower and much less quantitative,” said Dmitri Petrov, PhD, a senior author of the study and an evolutionary biologist at Stanford, in the release.

The study showed that many tumor-suppressor genes only drive tumor growth when other specific genes are present. The researchers hope to use their new methodology to better understand why tumors with the same mutations sometimes grow to be very large in some patients and remain small in others, they said.

Their technique may also speed up cancer drug development, allowing a drug to be tested on thousands of tumor types simultaneously. Petrov explained in the release:

“We can help understand why targeted therapies and immunotherapies sometimes work amazingly well in patients and sometimes fail. We hypothesize that the genetic identify of tumors might be partially responsible, and we finally have a good way to test this.”